You are here: Home > Branches > Pietermaritzburg

Pietermaritzburg Just Property branch started from scratch in 2006. We had no clients and the phone only rang for the first time after a week. By focusing on our client's needs and always being hands-on we have evolved over the years to be one of the largest Real estate companies in Pietermaritzburg. Initially trading as Just Letting we only did residential letting but have evolved over the years to have a dedicated sales team as well as commercial letting and sales. We cover most of the KZN Midlands, Pietermaritzburg all the way through to Camperdown.  We strive to become better in what we do every day and are extremely thankful to our loyal clients who believed in us in the beginning and continue to do so.
Pietermaritzburg at a glance Pietermaritzburg often abbreviated to Maritzburg, or even further to just PMB, was founded in 1838. The name Pietermaritzburg is believed to have originated from two Voortrekker leaders namely Piet Retief and Gert Maritz. The Zulu name Umgunggundlovu ‘place of elephants' is used as the general name for the Municipality district. The city has an estimated population of 750,000 inhabitants. The city lies 29.37S and 30.23E. Pietermaritzburg is the Capital city of KwaZulu Natal. Pietermaritzburg has had a role in the political history of South Africa with Nelson Mandela being captured just outside Pietermaritzburg in 1962. In 1893 Mahatma Gandhi was thrown off a train for refusing to be moved from the first class carriage. “The City of Choice” is how Pietermaritzburg is being marketed. It certainly does have plenty to offer. Pietermaritzburg is just under an hour from Durban and traveling inland just over an hour to the majestic Drakensberg mountains. The City boasts the Duzi canoe race, Comrades Marathon as well as the Midmar Mile, which draws visitors from all over the country. The Royal agricultural show originated in 1851 and is a hugely popular annual event. The Midlands Meander which “meanders” through the country side with shops and restaurants, art galleries and spas will entertain the eager traveller for days. Albert Falls’ dam, with its nature reserve, is the perfect place to spend the day. The City of Choice offers something entertaining for everyone. Pietermaritzburg has an abundance of quality schools. From Hilton College and St Anne's in Hilton to St Charles closer to town, Pietermaritzburg boasts a number of high quality schools. The City also attracts students from all over the world to its tertiary institutions. In the City centre The City hall proudly stands as the largest all brick building in the Southern hemisphere. Pietermaritzburg is spoilt with many other grand old buildings such as the legislature building, the Museum and the old Post Office. Many old homes have now been converted to small businesses. The City has grown in all directions. In the south of the city suburbs include Hayfields, Scottsville, Pelham and Lincoln Meade. The north, which is more affluent, includes the suburbs of Montrose, Wembley, Athlone and Chase Valley. Pietermaritzburg has a wide range of properties to rent or buy. From large Victorian mansions to modern homes in secure developments, you are spoilt for choice. Compared to property in some of the bigger cities Pietermaritzburg offers real value for money. The recently built Victoria Country club offers a fantastic Golf estate and business park. Hilton which has practically become a suburb of Pietermaritzburg sits high up on the hill and remains a coveted environment to live with a real village feel to everyday life. More and more families are making Pietermaritzburg their home. The consensus being that the city has all the amenities for the family without the traffic and big city grind.

We believe that the rental experience does not need to be a stressful event and that it can and should be a seamless experience for both the Landlord and the tenant.By using cutting-edge technology and marketing we deliver consistent results to our valued clients.All tenant vetting is personally evaluated by our Principal and we pride ourselves on placing quality tenants 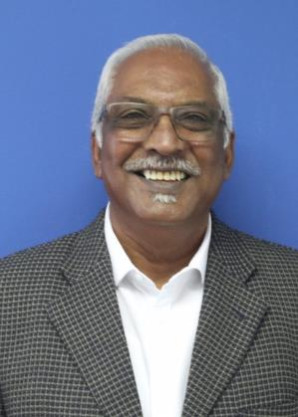 Rental deposits may result in your tenant not paying their rent.

Yes, the heading is correct, the historical deposit that gave Landlords peace of mind and provided security for any damages may now be the worst idea.

Simplex To Rent in Hayfields, Pietermaritzburg